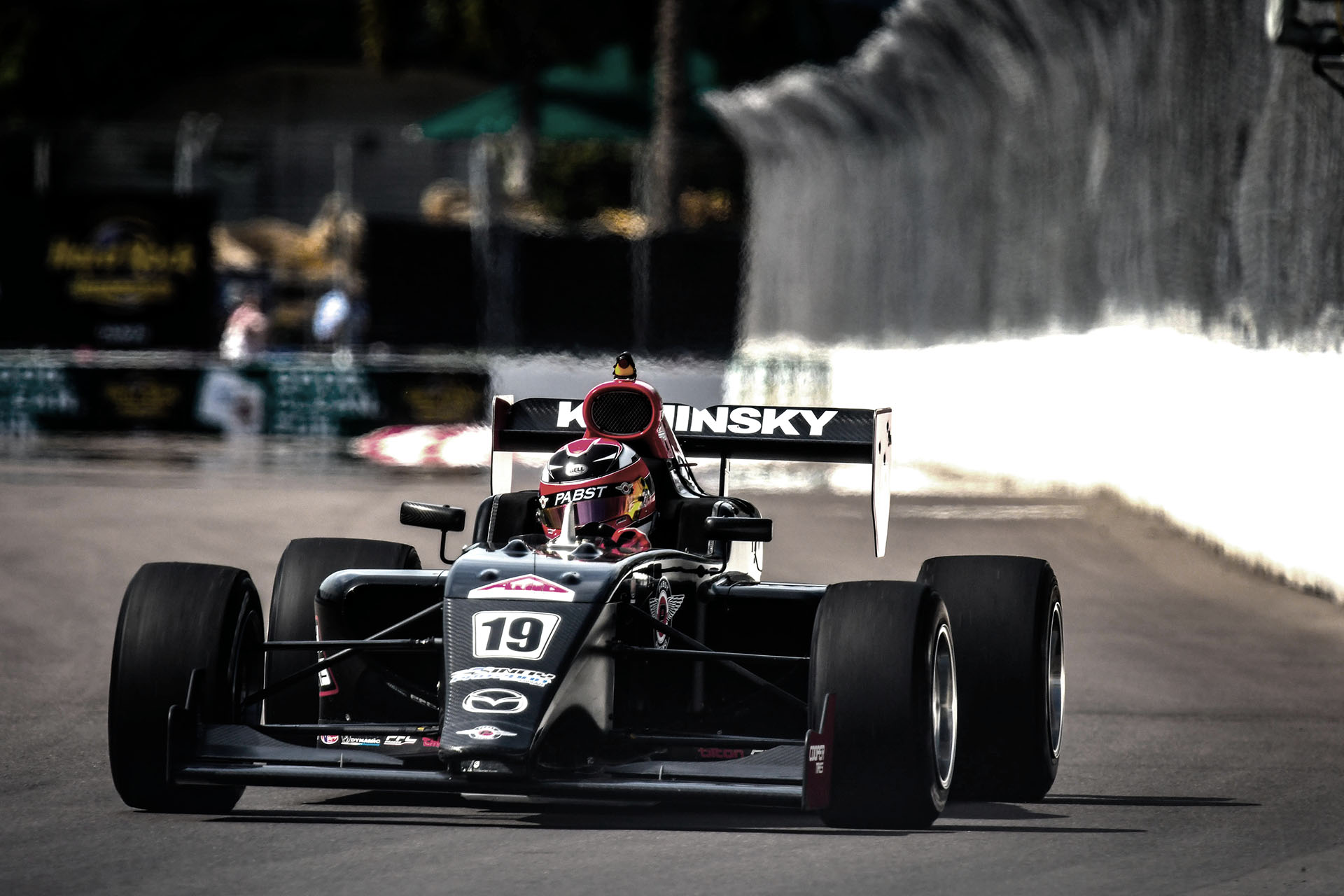 Today, Pabst Racing announced that 21-year-old Colin Kaminsky will return to compete in the Indy Pro 2000 Championship Presented by Cooper Tires. He will pilot the #27 Slick Locks-sponsored Pabst Racing entry in his second season in Indy Pro 2000.

2021 will mark Kaminsky’s third year as a Pabst Racing driver. Prior to 2020, he competed in the 2019 Cooper Tires USF2000 Championship when the team earned their third straight Team Championship win in the series. With nine top-10 finishes and three podiums, Kaminsky is anxious to get back to it in 2021.

“I’m super excited and fortunate to be back with Pabst Racing for a third year in row thanks to Slick Locks!” said Kaminsky. “We got really close to tasting victory last season  and I am excited to keep growing with the team and putting it all together in 2021.”

Kaminsky started his racing career in 2015 with the SCCA Majors Spec Racer Ford Series before moving on to begin his Road to Indy career. In 2019, he finished fourth in the USF2000 Championship with an impressive three poles and six podiums. In his debut season in the Indy Pro 2000 Championship, he finished eighth.

Team owner Augie Pabst is looking forward to entering a second season competing in the Indy Pro 2000 Championship, taking his drivers and crew one step closer to the NTT INDYCAR SERIES.

“We’re absolutely thrilled to have Colin back with us again,” said Augie Pabst. “The continuity within the team is at an all-time high and after capturing his first IP2K pole at NJMP last season. I’m confident he is ready to win in 2021!”

The team will officially kick off their season with a series test at Barber Motorsports Park April 4-5.